Near East Institute Director Assist. Prof. Dr. Mustafa Çıraklı: “Azerbaijan achieved important gains on the field and table in its just cause.” 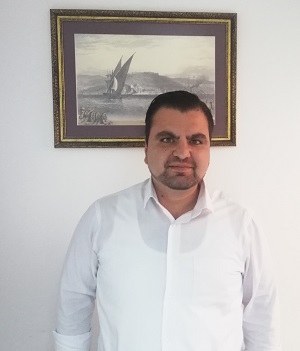 The clashes between Azerbaijan and Armenia, which started on September 27, 2020, turned into war in a short time and started to spread from the surrounding of Nagorno-Karabakh. The war, in which Azerbaijan gained a great military superiority in the last 1.5 months, ended with the agreement signed between the parties. With the agreement announced on the night of November 9, Azerbaijan made important gains as a result of its military superiority and its justification reflected in the United Nations resolutions.

With the agreement, Armenia agreed to withdraw from the Azerbaijani territories surrounding Nagorno-Karabakh, which it has occupied since 1994. In addition, the parties will continue to hold the Nagorno-Karabakh lands they hold. This means that Azerbaijan’s authority will be permanent in Nagorno-Karabakh in 1.5 months. According to the agreement signed between Azerbaijani President Ilham Aliyev, Armenia, Azerbaijan and Russia Turkey will take part in the peacekeeping force that will be deployed in Montenegro. According to the agreement, Kelbajar, which is under the occupation of Armenia, will be delivered to Azerbaijan until 15 November, Aghdam until 20 November, and Lachin until 1 December. Thus, the control of the region between Armenia and Nagorno-Karabakh will pass back to Azerbaijan. On the other hand, transition corridors will be established between Armenia-Karabakh and Azerbaijan-Nakhchivan.

Assist. Prof. Mustafa Çıraklı: “The political dialogue between Turkey and Russia will be decisive on the future of the Nagorno-Karabakh region.”
Commenting on the agreement reached after Armenia’s decision to withdraw from the Azerbaijani territories around Karabakh, Near East Institute Director Assist. Prof. Dr. Mustafa Çıraklı stated that with the agreement, a comprehensive solution environment was created and Azerbaijan had an important gain.

Reminding that the territories around Nagorno-Karabakh, which belong to Azerbaijan according to the resolutions of the United Nations, have been under the occupation of Armenia for 30 years, Assist. Prof. Dr. Çıraklı said “The fact that Armenia will withdraw behind the contact line in Nagorno-Karabakh and that Russian peacekeepers will be deployed in the corridor where Karabakh connects with Armenia show that a comprehensive solution environment has been created. Azerbaijan has achieved an important gain in the field and on the table in its just cause ”. Çıraklı also stated that the political dialogue between Russia and Turkey will be decisive on the new balance in the region.

Turkish and Russian forces will be the guarantor of the solution…
Stating that with the agreement reached a new era in the Nagorno-Karabakh conflict between Armenia and Azerbaijan, a peacekeeping center will be established in order to increase the efficiency of the control of the parties to the ceasefire. Çıraklı: “It is possible that Russian and Turkish soldiers will work together in this center. In this context, the two countries will be the guarantors of the sustainability of the ceasefire and the final solution to be reached”.

The second Panel is on November 16 …
Near East Institute Director Assist. Prof. Dr. Mustafa Çıraklı reminded that they discussed the Nagorno-Karabakh Crisis under the title of “The Caucasus Crisis and Its Regional Reflections” in the first of the “Global Agenda” panels on international relations and the developments in the world agenda. President of the Caucasus Center for International Relations and Strategic Studies (QAFSAM) Araz Aslanlı, President of the Eurasian Economic Relations Association (Eco-Eurasia) Hikmet Eren, Vice-Rector of Kadir Has University Prof. Dr. Mitat Çelikpala and Near East Institute Deputy Director Dr. Erdi Şafak attended to the panel as speakers.