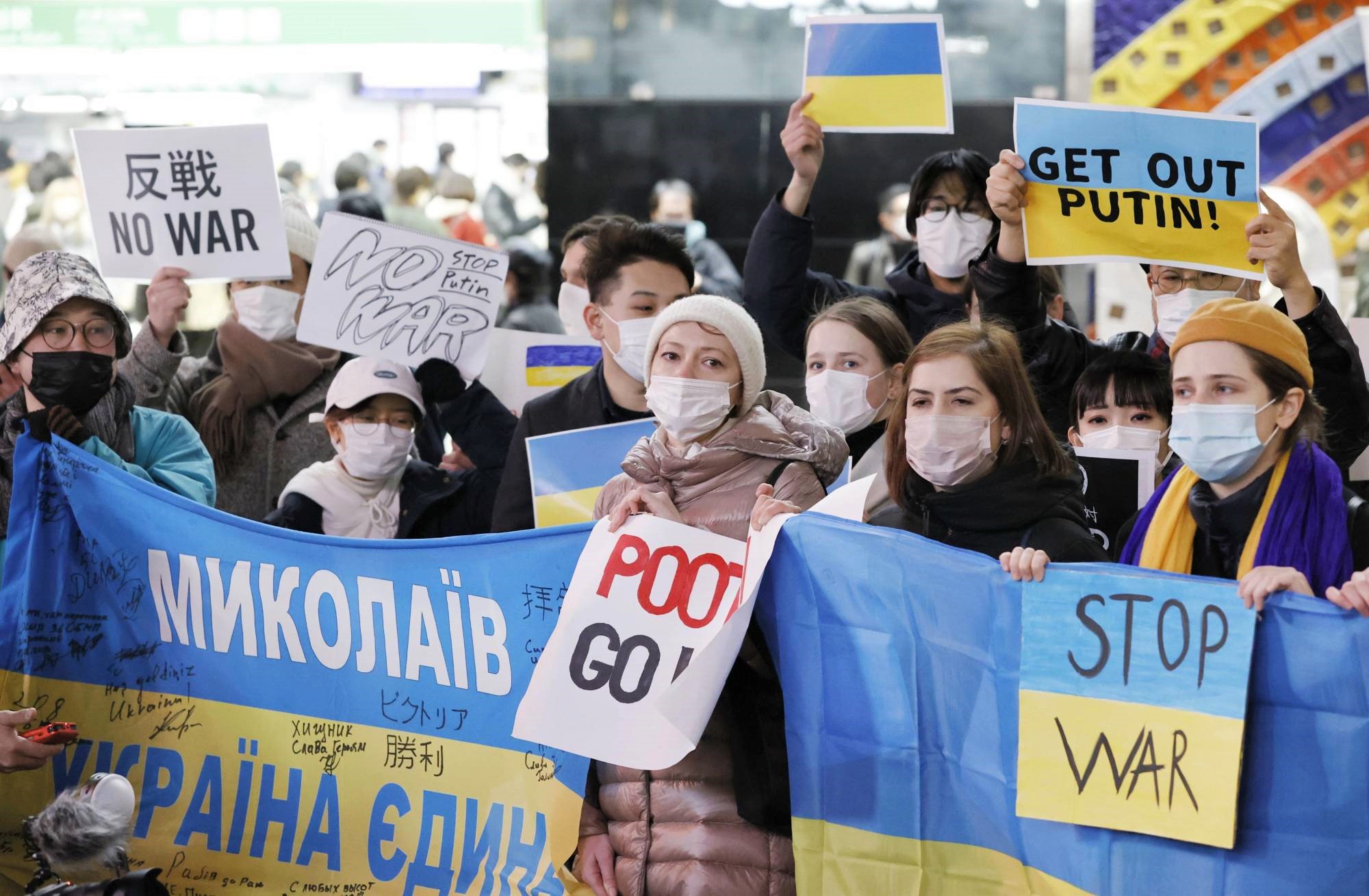 Assist. Prof. Dr. Erdi Şafak: “The laws of war will apply in the conflicts between Russia and Ukraine.”
At the conference, Near East University Faculty of Law Department of International Law Faculty Members Assist. Prof. Dr. Erdi Şafak pointed out that the situation between the two countries should be named correctly. Emphasizing that according to international law, not every armed conflict between two states is war or armed conflict is not necessary for every war, Assist. Prof. Dr. Şafak said, “The naming of the situation as war is an extremely important detail for the functioning of international law, especially the Montreux Agreement. Russia’s use of force against Ukraine has all the characteristics of war and should be called war.”

Assist. Prof. Dr. Erdi Şafak said, “The law of international armed conflict is the branch of law that regulates the use of force by states against each other, and the rules of the law of war are generally determined by the Hague Conventions of 1899 – 1907 and the Geneva Conventions of 1949. These agreements have regulated the rules that warring parties must abide by, and these rules are still valid for all states today. In this context, the laws of war will also apply to the conflicts between Russia and Ukraine.

Assist. Prof. Dr. Erdi Şafak said, “In a war between two states, the people should not be harmed by the attacks and not be subjected to immigration except for military requirements; ensuring relocation to a suitable location for health and safety, if necessary. Even if compulsory labor is to be made, it must be done with humane treatment. Not attacking the foodstuffs, agricultural products, animals, agricultural and drinking water, dams and power plants, historical and artistic structures, places of worship, which are necessary for the survival of the people, come to the fore as international obligations. Unfortunately, when we look at the developments in Ukraine, we see that international obligations have been violated.” 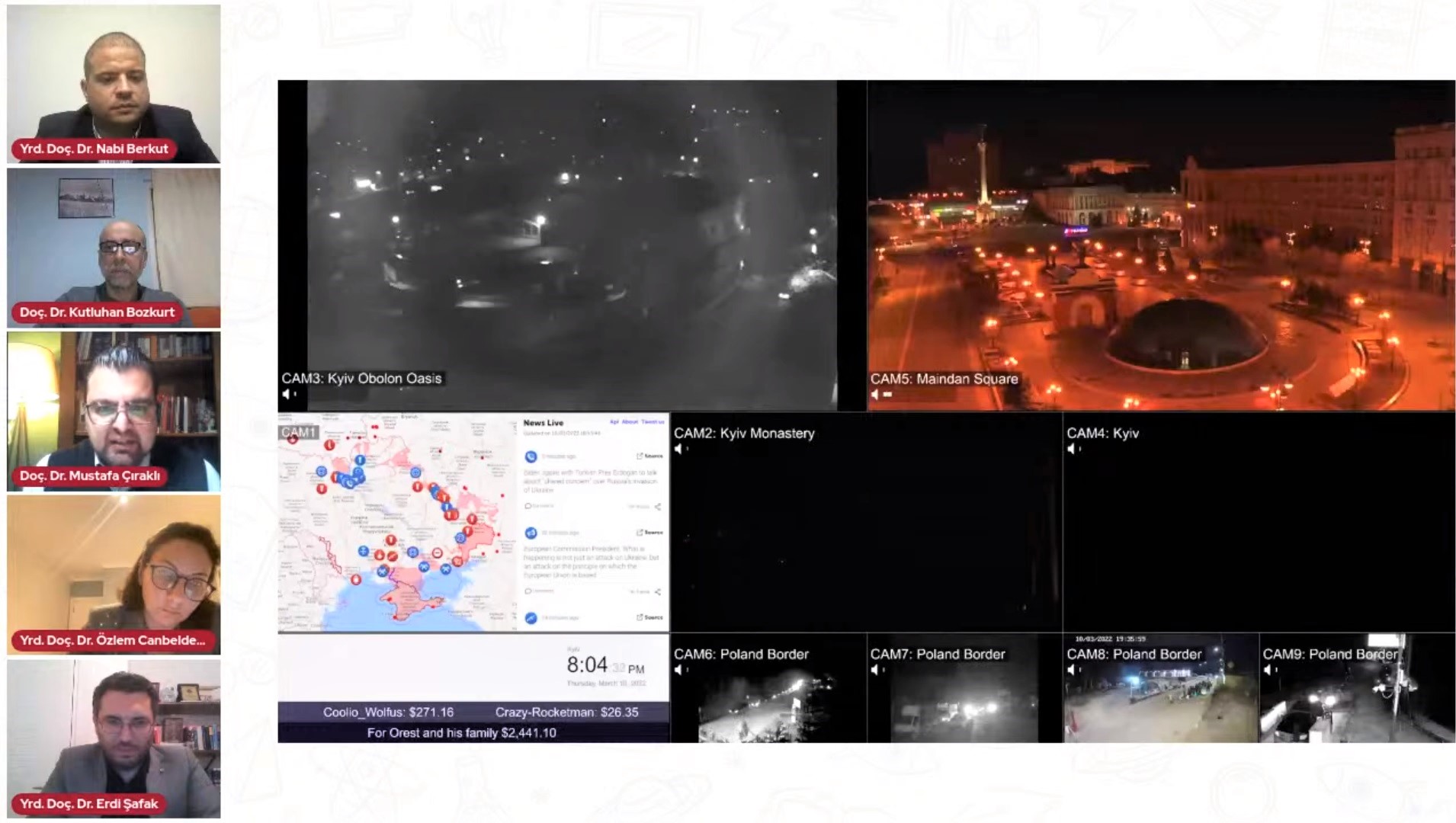 Assist. Prof. Dr. Nabi Berkut: “What kind of steps Turkey will take regarding the Straits can guide the course of the war.”
Emphasizing that the Turkish Straits, which have been under the authority of Turkish administrations since the conquest of Istanbul, are of great importance for the Black Sea coast countries and other states due to their location, Near East University Faculty Member Assist. Assoc. Dr. Nabi Berkut said, “All eyes are on the Turkish Straits and the Montreux Convention, which is subject to the legal regime of the Straits, which is the only way to pass from the Mediterranean to the Black Sea in the armed conflict between Russia and Ukraine.”

Assist. Prof. Dr. Nabi Berkut said, “The legal regime of the straits, which were the subject of many different international negotiations after the War of Independence, was determined by the Montreux Convention signed in 1936. The fact that the Straits are within the waters of the Republic of Turkey gives it a different status. In this context, what kind of steps Turkey will take can also guide the course of the war.”

Assist. Prof. Dr. Nabi Berkut said, “When we look at the Montreux Straits Convention, the relevant article that should be considered under the current conditions is the 19th article of the Convention. The relevant article states that in wartime, if Turkey is neutral, a distinction will be made between foreign warships. While the peacetime conditions will apply to warships of neutral states, it is in principle prohibited for warships of warring states to pass through the Straits. The situation contrary to this prohibition is that the ships leaving the mooring ports specified in the second paragraph of the relevant article have the right to return to their bases. Accordingly, Russia and Ukraine, which are riparian countries to the Black Sea, have the right to recall their fleets located outside the Black Sea if their mooring ports are in the Black Sea. At this point, how Turkey will implement the articles of the convention will be decisive in Turkey-NATO and Turkey-Russia relations.”

Assist. Prof. Dr. Özlem Canbeldek Akın: “The International Refugee Law applied in the Ukraine war was not applied to the victims of the Syrian war.”
On the other hand, stating that the refugee issue is one of the most important social problems caused by wars historically, Assist. Prof. Dr. Özlem Canbeldek said that approximately 600 thousand Ukrainian citizens have already had to leave their country during the Russia-Ukraine war. “The balance between the right to life of people who had to leave their countries and the protection of their borders by using their sovereign rights of states forms the basis of international immigration law,” said Assist. Prof. Dr. Canbeldek Akın and added; “In the Ukraine war, it is important for the right to life that the doors are opened more easily than in previous wars. However, it should not be forgotten that it is not that easy for refugees who were victims of the Syrian war to enter Europe.”

Assoc. Prof. Dr. Bozkurt, saying that the EU has accepted the membership application of Ukraine in an unusual way, also pointed out his opinion as follows; “Hundreds of thousands of Ukrainians have migrated from their country to neighboring countries. A huge wave of immigration awaits the EU. It is important to discuss the asylum and refugee policies and legal regulations of the EU on the axis of the Ukraine-Russia war.”