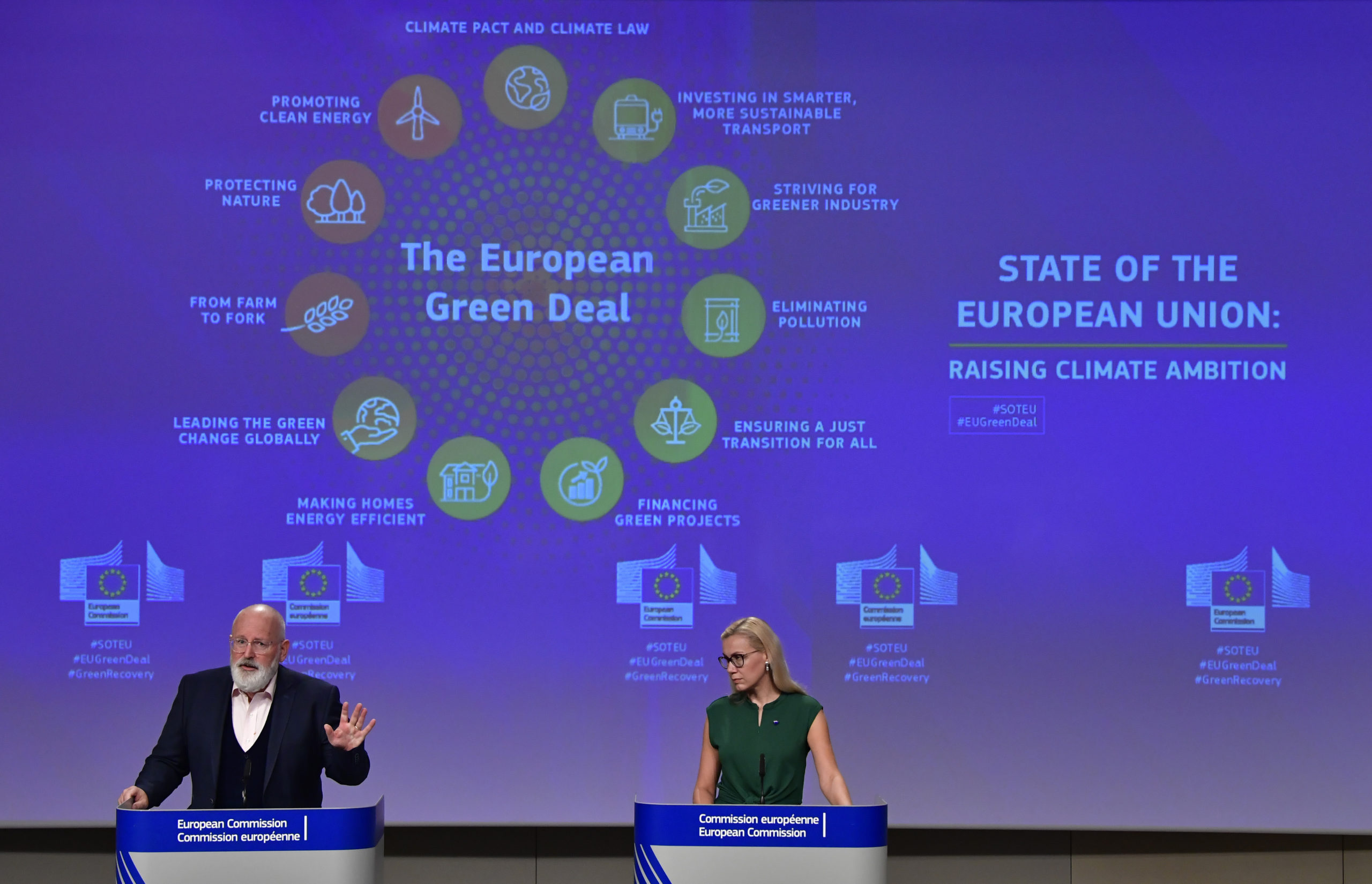 At last month’s virtual Leaders Summit on Climate, which brought together the heads of state of the 40 countries under the leadership of Joe Biden, the US President said "We are in the decisive 10 years in terms of combating the climate crisis. This decade will have to be the 10 years in which we will make the necessary decisions to avoid the worst consequences of the climate crisis," Biden reiterated his country’s return to the Paris climate agreement, which the Trump administration had withdrawn before, in the opening speech of the summit. The Biden administration has promised to reduce the carbon emissions by 50-52 percent below the 2005 level by 2030.

The EU was also present at the Summit, seen as a milestone on the road to November’s UN climate change conference (COP26). represented by the European Council President Charles Michel and European Commission President Ursula von der Leyen. EU leaders underlined Europe's leadership in the fight against climate change which is reinforced by the recent provisional agreement in April on the EU climate law, paving the way for the continent to become climate neutral by 2050. They sought to convince their international partners to commit to similarly ambitious targets.

Under its Green Deal agenda, the European Commission unveiled the plans for the new legislation last year, saying that it would make its ambition of cutting greenhouse gas emissions to zero by mid-century irreversible, and legally-binding for all member states. As von der Leyen claimed “This climate law will set in stone Europe’s position as a climate leader on the global stage”. To establish the 2050 goal, the European Commission also proposed a mechanism for regularly raising the EU’s emissions reduction target over the next three decades. Following the political breakthrough in April, the Commission also included in its plans the pledge to roughly halve the bloc’s overall emissions for 2030.

This particular point has been criticized by climate activists, who claim that the upgraded 2030 target is detrimental to the bloc’s credibility in the fight against climate change. Environmental group Greenpeace voiced concerns that EU governments target will not be sufficient to restrict global heating to the relatively safe threshold of 1.5°C, which is supported by the Paris climate agreement. Greenpeace EU climate campaigner Silvia Pastorelli said: “The EU is more worried about having something to brag about at Biden’s climate summit than it is about what it means for the climate emergency. This deal shows that Europe’s climate action is all smoke and mirrors.

How will the EU implement the Paris Agreement?
In October 2014, the European Council prepared the 2030 Climate and Energy Policies Framework for the goal of reducing greenhouse gas emissions by at least 40% by 2030, as well as the EU's target of at least 27% in renewable energy and energy efficiency. By 2017, the EU had reduced its emissions by almost 22% compared to 1990, reaching its 2020 emission reduction target three years ahead of schedule.

In December 2020, in light of the EU’s commitment to increase its climate ambition in line with the Paris Agreement, EU leaders endorsed a binding EU target for a net domestic reduction of at least 55% in greenhouse gas emissions by 2030 compared to 1990 – a substantial step up from the previous target of 40%. 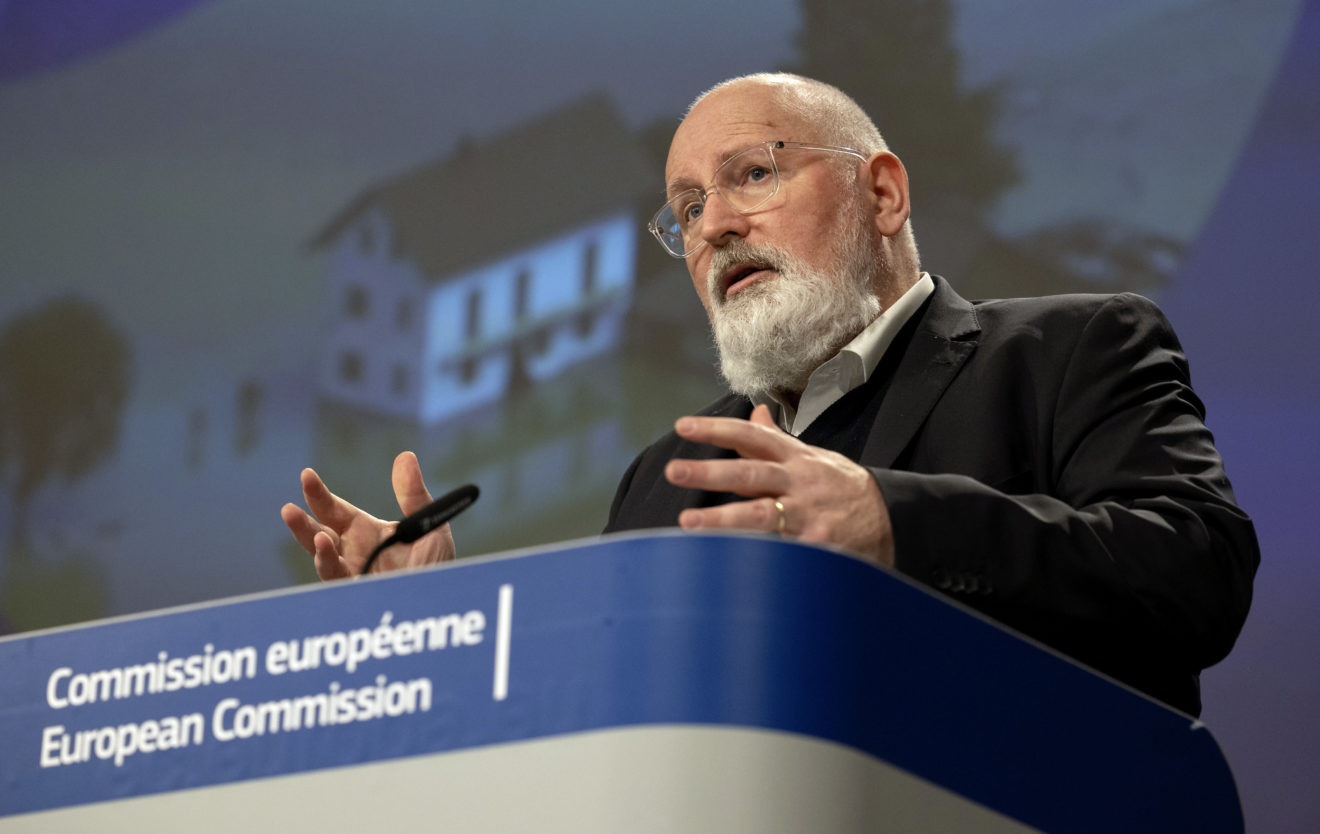 In April, the Council and the Parliament reached a provisional agreement on the European climate law which aims to set into law the 2030 emissions reduction target. The agreement was approved by EU ambassadors in May.

And exactly a year before setting a new emission reduction target, EU leaders endorsed the objective of achieving a climate-neutral EU by 2050 during a meeting of the European Council. This means that between now and 2050, the EU will drastically reduce its greenhouse gas emissions and find ways of compensating for the remaining and unavoidable emissions.

The European Green Deal provides the blueprint and roadmap for the EU to make its climate ambitions a reality. It recognises the need for all EU actions and policies to play a role in achieving climate neutrality, and it sets out a roadmap for legislative and non-legislative initiatives which will help the EU to attain this goal.

The European climate law, which is currently being negotiated by the Council and the European Parliament, will translate the EU’s political commitments on climate into a legal obligation. The legislation, when finalised and adopted, will set the framework for the actions to be taken by the EU and its member states to reduce emissions and ultimately reach climate neutrality in the EU by 2050.

To finance the climate transition, the EU plans to dedicate a quarter of its budget to tackling climate change and to work to mobilize 1 trillion euros ($1.1 trillion) in investment over the next 10 years. The financial plan includes a mechanism designed to help the regions that would be most disrupted economically by the transition to cleaner industries.

What the critics say
Prominent environmental activist Greta Thunberg and her colleagues in the youth climate movement have been pressing governments to focus on so-called CO2 budgets — the amount of CO2 that can be emitted to keep global warming below 2 degrees Celsius (3.6 Fahrenheit), and ideally no more than 1.5 C by the end of the century. Scientists say that countries will miss this and the other goals set by the Paris Agreement by a wide margin unless drastic steps are taken to begin cutting greenhouse gas emissions this year.

Greenpeace also insists the new target of 55% reduction for 2030 is insufficient in limiting global heating to 2 C. Environmental group WWF is recommending a cut of at least 65% and is urging the EU to ban subsidies and tax breaks for fossil fuels industries as well as setting up an independent scientific body to supervise the EU’s climate change plans.

Political ramifications
But the so-called climate law is an outcome of much deliberation and compromise and it is unlikely that the targets will be revised anytime soon. Indeed, from the outset, the Commission proposals sparked concerns among fossil fuel-dependent EU nations, which need to adjust their economies to reach the 2050 target, and Poland, together with Hungary held their ground until the eleventh hour. 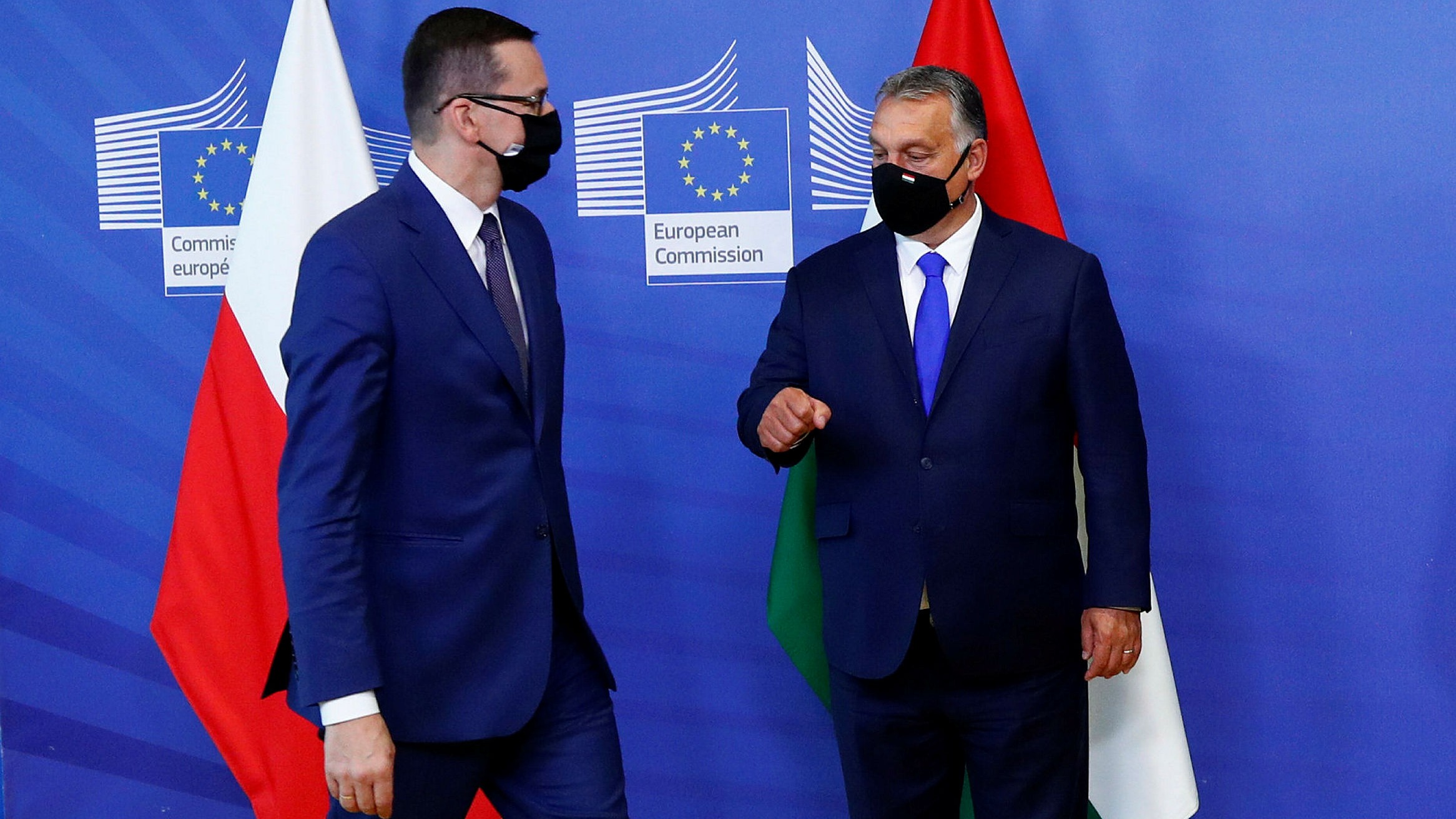 The law has also attracted accusations that it is a “power grab” for the European Commission. It is likely that the final stages of the legislation will continue to tensions between richer and poorer member states, already heightened by divisions over funding, immigration, judicial independence and more.

The global context is yet another stumbling block. With many such members distracted by Covid-19, the bloc should consider how its new targets match with realities on the ground. A “successful and just transition” should factor in the radical alterations needed to how governments, business and individuals operate and will continue to operate in the post-pandemic period.

So far, the EU has taken an admirable lead in the climate fight and the US was the apparent laggard. But Biden’s bold ambitions now places the onus on the EU. The latter’s success is not inevitable. It will require more ambition, political savvy and an effort to ensure all members see the value of tackling the climate emergency.