Politics of the Coronavirus Pandemic 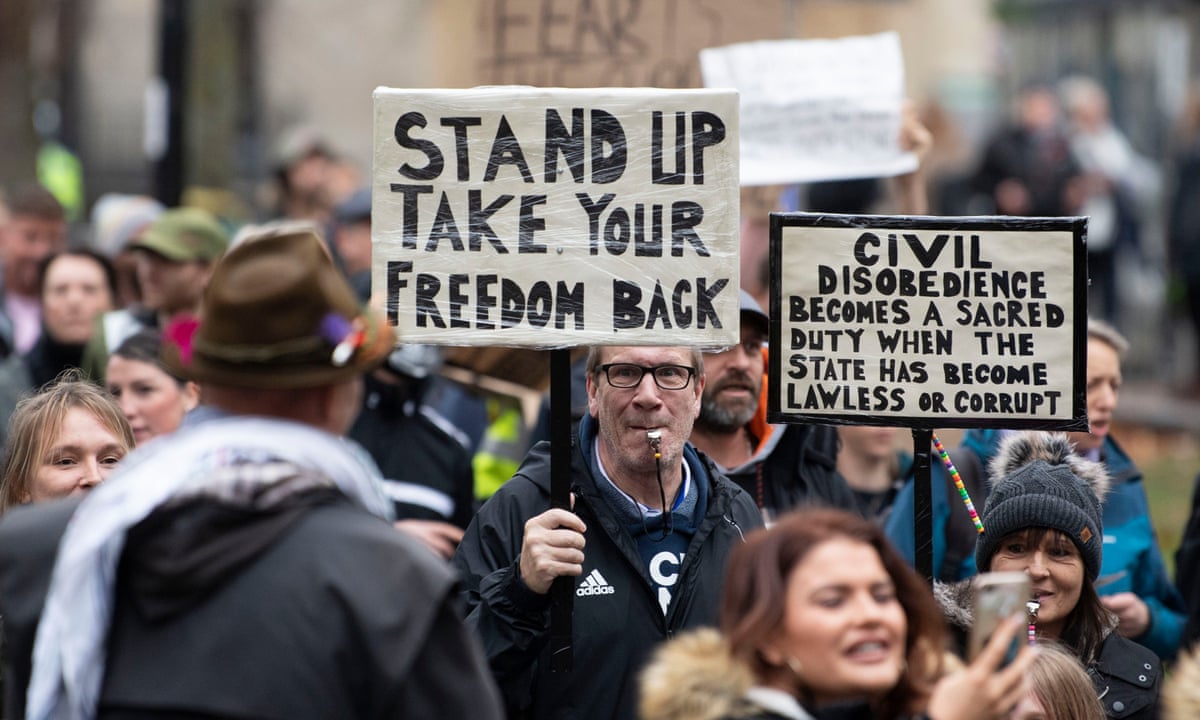 Politics of the Coronavirus Pandemic
Our lives have changed considerably with the onset of the global Covid-19 (coronavirus) pandemic. We have all been in various stages of lockdown and our societies continue to face significant challenges in relation to healthcare but also economic wellbeing. In the meantime, growing frustration with the pandemic and the lockdown measures imposed by national governments have begun to spark protests in various countries in Europe and beyond.

With the recent surge in infections across Europe, countries such as France, Germany, Italy, and the Netherlands had to tighten their restrictions in early April. This also saw thousands taking to the streets to protest what they saw as an attack on their personal freedom, together with business owners and workers facing financial difficulties. In one protest held in the German city of Kessel which was attended by more than 20,000 people, there were clashes between the police and the demonstrators, when the protesters marched towards the city center defying the mandatory use of face masks and other protocols. The protest was sparked by Chancellor Merkel’ announcement that ’Germany will have to apply an 'emergency brake’ and suspend some recent relaxation of restrictions as infections began to surge. Germany's National Disease Control Center stressed that the number of cases is increasing as the mutated variant of the virus detected in the UK, has now become dominant in the country.

Other parts of Europe also saw demonstrators taking to the streets against government measures including Austria, England, Finland, Romania, and Switzerland. In Finland, while smaller demonstrations were scheduled in other Finnish cities, police approximated around 400 people gathered in the capital, Helsinki. In Austria, a 1000-strong crowd attended the demonstrations held in Vienna against the lockdown measures, while, more than 5,000 protesters in Switzerland gathered for a march in the community of Liestal, 15 kilometers southeast of the city of Basel.

Covid 19 and the Global Economic Outlook
A recent report published by the United Nations International Labor Organization  has revealed that at least 225 million full-time workers lost their jobs last year due to the Covid-19 outbreak worldwide. It was stated that this was the highest number since the 1930 Great Depression and was four times higher than the global crisis in 2009. The report underlined that unemployment which increased 1.1 percent, or 33 million people, to now affect 225 million globally, meant the loss of a total of 255 million full-time jobs, including 114 million registered unemployed people.

On an equally alarming note, the World Bank also announced that the global poverty rate will rise for the first time in more than twenty years, and that it expected the pandemic to push up an additional 88 million to 115 million people into extreme poverty with the total rising to as many as 150 million by 2021. According to World Bank predictions, this growth in poverty can continue until 2030, especially in the most politically vulnerable, low-income countries. 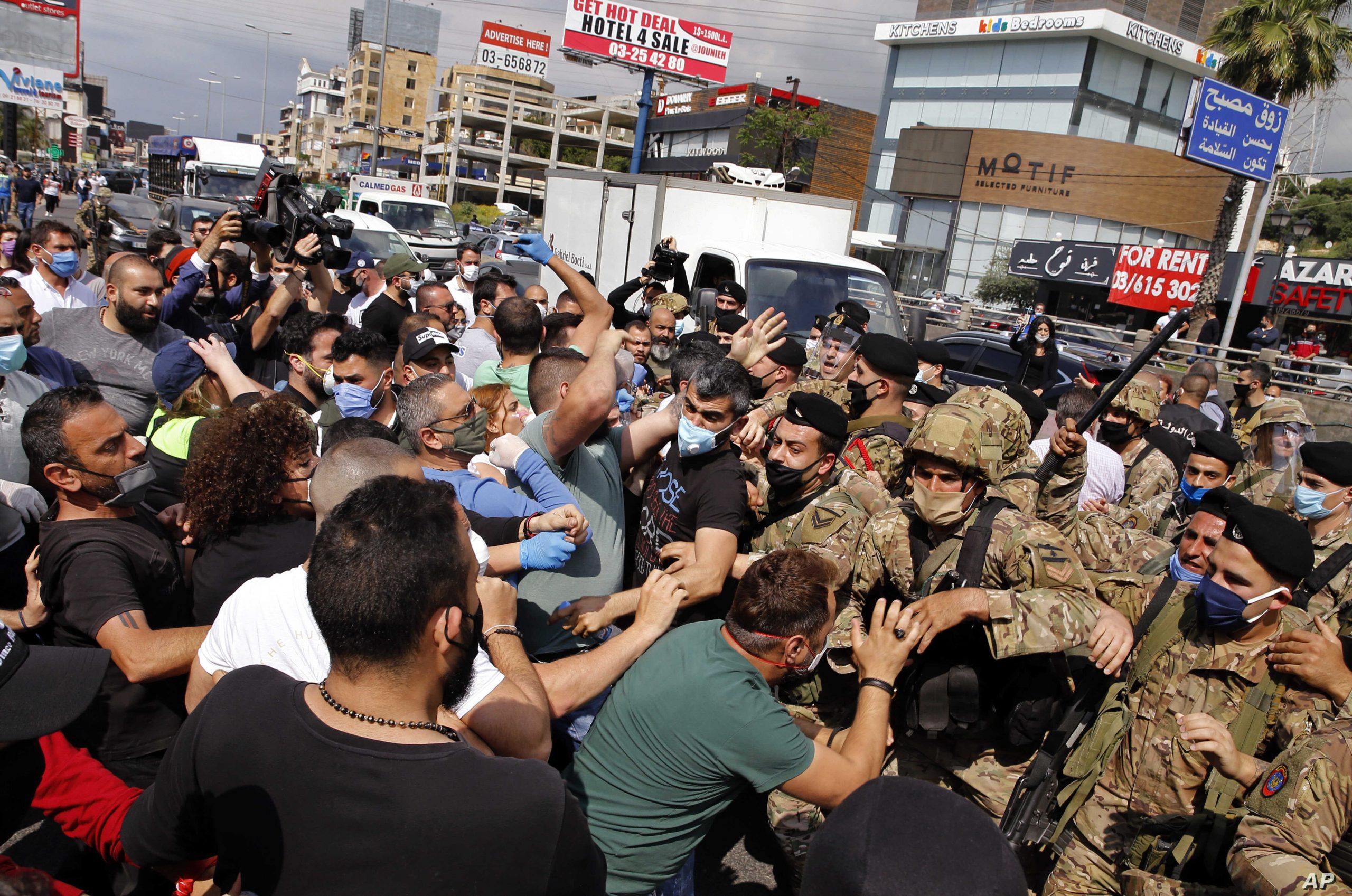 To some extent, the impact of the pandemic on precarious economic systems, and subsequent political repercussions are already discernible. In Lebanon, for example, the protests that were held against the lockdowns quickly turned violent. In Argentina too, three years of recession coupled with the pandemic saw the poverty levels rising to 42%, up from 35.5% a year earlier. The Argentine economy was devastated by years of severe economic crisis, with high inflation draining people's savings and their spending power. Before the pandemic, 8 million Argentines in a population of about 45 million received food aid, while that number has now risen to 10 million.

But even the wealthiest have felt the negative effects of the pandemic. In the United States, the Covid saga has created both a public health crisis and an economic crisis. The economy shrank by 3.5% in 2020, in what became known as the worst economic crisis since the end of World War II, triggering the Joe Biden administration to sign a historic $1.9 trillion coronavirus stimulus package. The bill will now extend the weekly unemployment insurance increase of $ 300 by September 6 and a child tax credit for a year. At the same time, about $ 20 billion will be spent on Covid-19 vaccines, a further $25 billion on rental and utility aid, and $350 billion on state, local and tribal relief.

Populists (may) strike again
Given the negative effects of the pandemic on healthcare, personal freedoms but also on the economy, several observers have now suggested that the crisis situation may now favor the populists. More specifically, the expectation is that the populists will try to capitalize on the already existing divisions, exacerbated by the pandemic, for power and global influence.

So far, the reactions of populist leaders to Covid-19 and the decisions they made have varied. While some populist leaders, such as the US President Trump and Brazilian President Bolsonaro, belittled the crisis for months, other populist leaders such as Hungarian Prime Minister Viktor Orban and Czech Prime Minister Andrej Babis took the virus seriously and implemented extensive lockdown measures. Nonetheless, those right-wing populists who took the pandemic more seriously, the focus was relocating the costs to those whose health is most at risk, in order to best protect their nationals. And it is for this reason that the pandemic may still provide ammunition to populist ideologues to use the "American way of life" framework, as Trump has done, to identify new lines of conflict in the context of the pandemic, through populist policies under the guise of “mitigating” the effects of the pandemic, and in stopping the spread of the virus. Indeed, according to the Populist's Power database, we can see that 12 of the 17 populists in power take the COVID-19 crisis seriously and that 5 out of 12 populists who have taken the crisis seriously, have taken an illiberal stance, making the pandemic an unlikely candidate to kill populism. 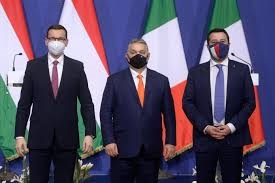 Covid-19 and Conflict
In the meantime, another emerging threat is the so-called “vaccine wars”, not only in relation to the control of the global vaccine production and distribution mechanisms but also in relation to the potentially destabilizing effects of those who are left behind. In other words, while vaccine distribution and economic stimulus offer developed economies a path to recuperation, the same cannot be said for the poorest countries with the most at-risk states and where conflict is likely.

Sooner than later, developed nations will require collaboration with countries currently most threatened by the pandemic, to tackle many global challenges including climate change, migration, terrorism, and of course, infectious diseases. Yet the cost of being left behind in the race for vaccines will not only be devastating for the developing countries but its destabilizing effects will have significant repercussions for the global north.

While Covid-19 is not the sole culprit for the precarious economic and political situation that most countries now face, it has certainly increased the likelihood of conflict — whether domestically, through a new wave of populism, or regionally, in countries experiencing the devastating impact of the pandemic while also grappling with dire economic and political situations.

It is a foregone conclusion that global threats like Covid-19 are best fought globally — with countries around the world coordinating their efforts and showing solidarity in helping out harder hit countries and regions. In Covid terminology, what is needed is “greater exposure” to the global, and less “distancing” from each other. This may also be the antidote needed to effectively shoulder the looming political ills of the pandemic populism.