In September 2018, theForeign Policy Magazine, a semi-academic journal on international affairs published an article by Selim Sazaktitled ‘The U.S.-Turkey Relationship is Worse Off Than You Think’, in which Sazak argued that not only the leadership of the Turkish Republic, but also the people have deep mistrust towardthe United States (US), NATO and everything associated with that. Therese Raphael at Bloomberg echoed the sentiment and wrote that the ‘US-Turkey Relations Will Never Be the Same’ claiming that all of us need to stop pretending that the ‘two governments’ values are compatible’. For the author, the arguable “lack of willingness” by Turkish president to give up “offensive rhetoric” towards the United States signify that two countries will not be able to recuperate. Specifically, she lists the following issues that spoil the relations between two states, which are:

This is not the first time when the US-Turkish relations have been described as “all time low”. In the beginning of 2000s for instance, the US involvement in the Middle East aggravated bilateral relations since Turkey began to voice its security concernsclearly. Different interpretations moreover, on why direct confrontation was/is chosen pepper academic journals. In general, we can identify two major perspectives: historical, which uses the analysis of the past events and domestic changes to explain policy shift; and geopolitical, which uses analysis of strategic threats and changes in international environment to explain policy changes. However, this post argues that although discursively Turkey is very much sidelining with Russian viewpoint on the nature of the crisis in Syria, it keeps one point of disagreement, namely, a staunch opposition against the Assad regime, which potentially enables Turkish leadership to change the position and join the side of the United States. 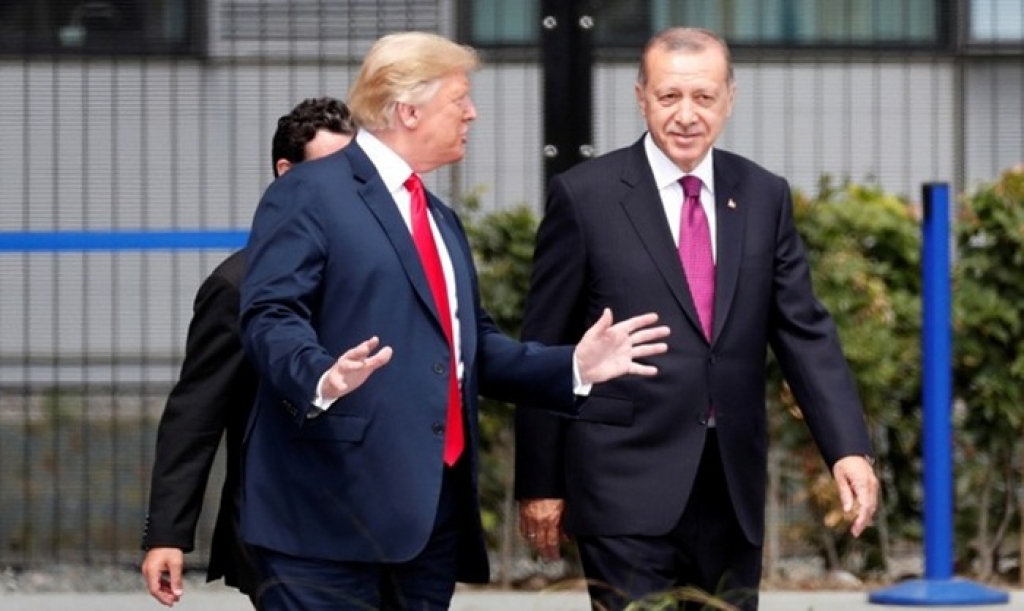 One of the most common interpretations of worsening US-Turkey relations comes from scholars with the historical background. History allows these authors to claim that the collapse of the Soviet Union freed Turkey from relying on the United States for safety and security and revert to a more independent foreign policy, which was/is tilted towards the European Union and the Middle East. Such arguments stress different variables to support this perspective, including:

Though useful in providing rich contextual details that explain Turkish domestic and international conditions, historical accounts nonethelessfail to explain why relations between Turkey and the United States aggravated in that exact moment by not paying adequate attention to the process of threat creation and reaction/assessment of American activities in the region.

The second part of literature that explains bitterness in the bilateral relations between Turkey and the US is based on geopolitical accounts. The geopolitical interpretations analyze US-Turkey relations through threats and interests. They analyze the scope and scale of problems, rather than identities and attitudes. Such literature argues that current state of affairs is the result of numerous disagreements over Iraq, the Kurds, Syria, democratization in the Middle East, and Iran (Oğuzlu, 2008).It is true that Turkey is adamant to stop support of Kurdish independence in any of the neighboring states fearing that any form of federal solution will undermine national sovereignty and will weaken the country setting it on the path of internal rivalry and competition for power and recognition. Due to the fact that governments of these countries are weak after the American invasion, Turkey sees the necessity to intervene. The US interests in Syria and Iraq on the other hand favours strong Kurdish forces in supporting the fight against radical Islamist groups, such as the Islamic State and Al-Nusra. United States supported Kurdish brigades with weapons, ammunition, finance and technical assistance despite the official protests by Turkish government. After the prominent terrorist attacks in Turkey by the PKK, Turkey had to intervene in order to control adjacent to the border territories and stop the proliferation of terrorist threat. 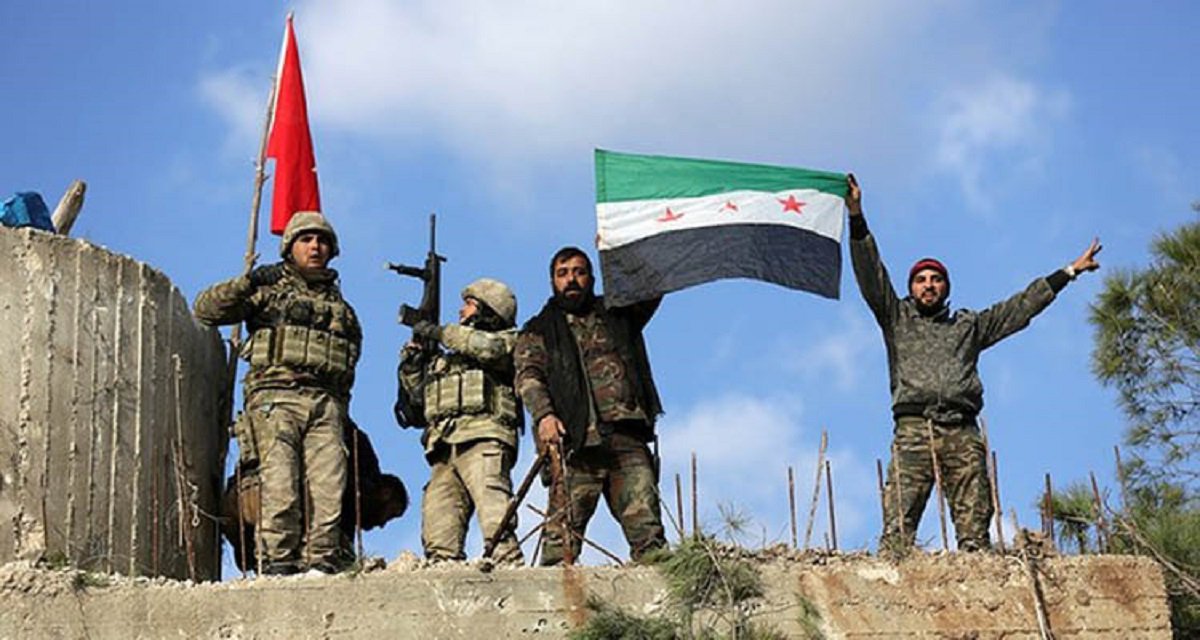 Another “sticking point” concerns relations with Iran. For the United States, Iran can never be trusted. It hid multiple sites of nuclear weapons from international inspectors and has a firm desire to develop a nuclear bomb. Coupled with highly offensive rhetoric towards Israel, the US believes that once Iran obtains nuclear capacity, the entire Middle East will become less secure and less predictable. Turkey supports Iranian position, which defends its desire to acquire nuclear energy despite international sanctions as the only weapon to guarantee its existence. Turkey also supports Iranian position to acquire nuclear weapons as a sovereign right and argues that Iran must be recognized as a regional player if any of the problems in the Middle East are to be solved. In this vein, the two countries together with Russia act as guarantors of peace process in the country and have already made significant progress in adopting common vision to post-war reconstruction in Syria. 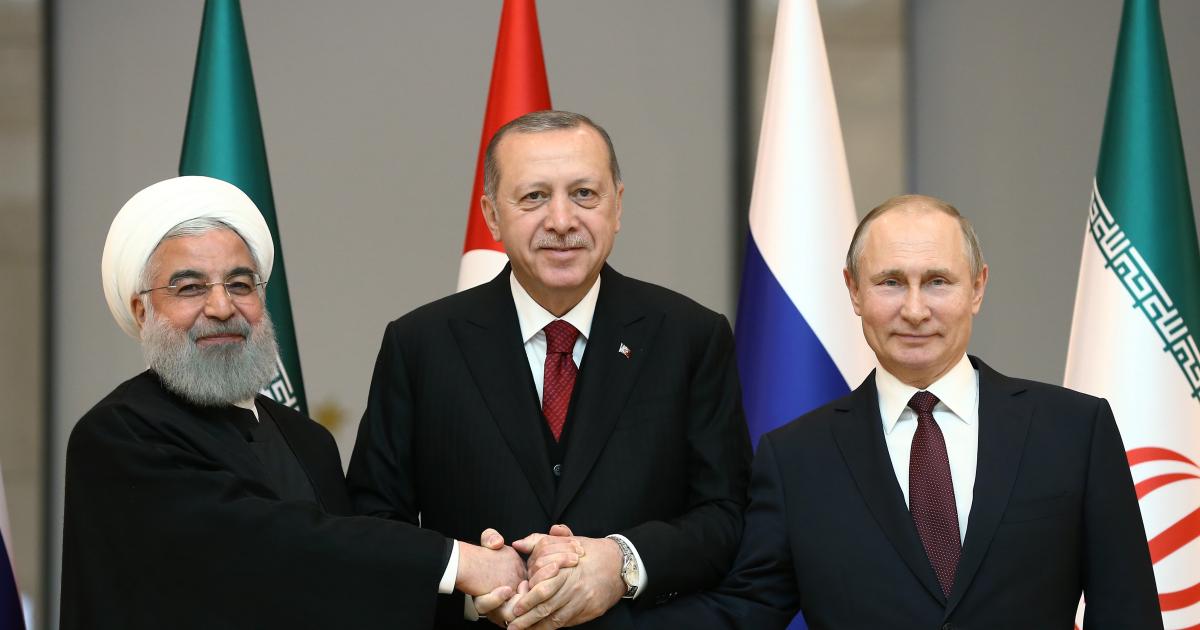 These geopolitical interpretations (i.e. differing positions on the Kurdish issue and Iran) do explain the reasons why Turkish state responded with certain foreign policy agendas, but they cannot tell usadequately whyTurkey decided to support particular players and not NATO. They also cannot explain why Turkey supported the US on its position towards Iran before the Syrian intervention and revised its policy after the Syrian turmoil. Overall, we can see that both interpretations, historical and geopolitical share one common characteristic: they cannot explain the possibility of change in Turkish foreign policy. However, if we take a careful look at the bilateral relations between Turkey and Russia and Turkey and Germany, which were in similar crisis, we can see that despite strong rhetoric, Turkey managed to forge a strong partnership when its domestic imperatives have changed.

For example, after the Russian plane was hit by Turkish border patrol during its operations in Iraq in 2015, Turkey refused to apologize and in return accused Russia in violating its airspace. Russian government issued a statement which said that the Turkish government knew all of its activities and that personally Putin did not expect such policies from the partner thereby proposing a ban on Turkish exports culminating in both countries imposing strict visa regimes on each other. Scholars and commentators interpreted such state of bilateral affairs as “apocalyptic” and predicted that Russian-Turkish relations wouldnever be the same. However, after eight months, both governments dropped embargoes and resumed strong economic and political cooperation as if nothing had happened. Both historical and geopolitical interpretations noted that the change of context and domestic challenges prompted the rapprochement between two states, but they could not predict such change until it happened.

İf we pay attention to the official statements however, we will see that although the Turkish government sides with Russia and Iran, it has a strong point of disagreement shared by the United States, it sees only one future in Syria. Syria must be free from Bashar Assad. This point keeps an opportunity to maintain cordial relations with the United States. This leads us to conclude that Turkish foreign policy is instrumental and dictated by pragmatic rather than ideological reasons. There is thus a need to use different sets of analytical frameworks in order to predict its policies. Attention to rhetoric and spheres of disagreements between various players can provide us with a better understanding of bridges that can be built should international and domestic conditions change.